When to put down the cannon and pick up the pea shooter ! - part #1 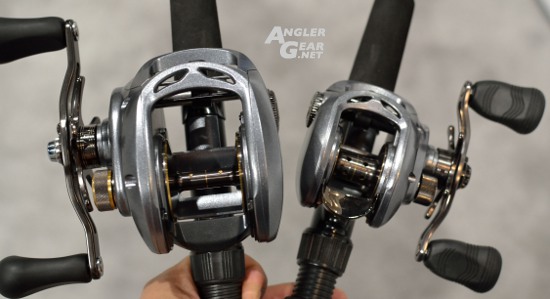 Everybody loves catching big fish, no surprise. We spend countless sleepless nights plotting and planning our assault on big Mo. Prepping for war with heavy gear, jumbo plugs and monster baits and for the most part, trophy hunting is pretty routine. There are those times however, when even the most proven and time tested methods will fail you. I mean it. You can pattern the fish, pick that ten minute window of a tide, rig as meticulously as a brain surgeon in action and still face bitter failure. Fear not, there is a way!
We've all been there before. There's bait everywhere, fish foaming the water, charging through the hopeless bait with reckless abandon. You cast and cast, tie on something else and repeat until your blue in the face. This is your chance to take a deep breath and simply observe the action before you. You might just discover what your doing wrong.
Most of the time, what's happening is you see big fish be it bull reds, tarpon or giant snook, destroying baits on the surface or down below slashing through them. Common sense dictates using heavy leader material and equally sturdy tackle and baits. When the proven tactics fail it's time to lighten up your gear and open your mind.
In exceptionally clear water, even with fish exploding everywhere on large mullet, you might be totally ignored if you don't downsize. It's not always what your tossing at the fish that's the problem. The first thing to do is drop down from say 50# leader to 30# and use more of it. This will reduce what the fish sees. Splice the leader to your mainline with as small a knot as possible and eliminate the swivel. If reducing the visibility of your leader doesn't seem to help its time to take a look at what's on the end of your line.
Most fish will generally look for a bait that stands out from the crowd. If you're trying to match the hatch and nothing's happening despite an abundance of bait and Fish, it's time to go in reverse. Pick a lure that's a couple of inches smaller than what the fish are biting and pick a color that contrasts with the bait present. For example, If it's 7-9 inch silver mullet that the fish are crushing, throw a swimming plug as apposed to a topwater. A 4-6 inch Minnow bait in pearl white, red and white or even something wild like day glow orange should draw there attention. Big fish are lazy and the biggest fish in the fray are most likely to be picking off isolated baits that have fallen behind or become injured. By tossing a smaller lure and working it slowly below the fish, you give the bigger, lazier fish an easier meal. They won't have to expend as much energy to chase it down and they can hone in on it better because it doesn't fit with the crowd.
From David Ronald Hartwell @ Big Dave's Slay City. Land based lessons.