The snook are out in full force in the Treasure Coast, and they are being found in the inlets, along the beaches, and in the Indian River. Keep in mind that snook season closed last night at midnight, and will reopen on Sept. 1.

The beaches are also holding good numbers of whiting and croaker.

Tarpon are showing up around the inlets, and the early-morning bite has been strong. You should also have success targeting them in the early evening after a heavy storm. Redfish, flounder, and some snapper are being caught in the St. Lucie Inlet as well.

In addition to snook, anglers are catching plenty of redfish and trout in the Indian River, especially around the bridges.

The snook are steady along the beaches of Jupiter, as well as in the inlet and around the bridges on the Intracoastal Waterway. Croaker are also thick along the beach, and they make great bait for those hoping to hook a slot-size snook.

It has been windy on Lake Okeechobee, which has dirtied the water in several places. The shiner bite has still been solid, but artificials haven�t been quite as productive.

The wind has been blowing out of the west, which has made fishing on the west side of the lake your best bite. Before the winds shifted, the east side on the lake was on fire.

Many of the bass have moved back inside a bit and are chasing shad.

There is a full moon coming up, which should produce a good bluegill spawn. 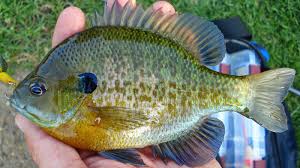