Mullet run madness is about to sweep the Florida coastline 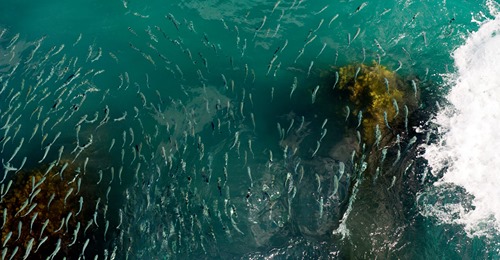 From the deck of the catwalk under the A1A bridge, the incoming tide was flat out screaming. Where the water parted around the bridge pilings, it looked like whitewater rapids in a western mountain river. It was huffing from the Atlantic Ocean into the Indian River Lagoon at close to 5 knots.

Hanging in the humid air was the feeling that a seasonal change was afoot. The mullet were here, and everything was about to go off.

Florida is a little different than the rest of the country. Our unofficial state mascot, Florida man, has taught us all that.

Transplants have always told me they wish Florida had seasons like (fill in the blank of the state they came here from). I always tell them Florida has seven seasons. They are, in no particular order: