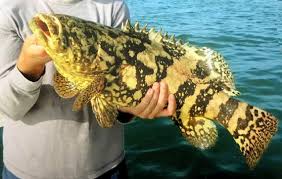 For the first time since 1990, recreational anglers fishing in some parts of Florida will be allowed to take home a goliath grouper for dinner.

The Florida Fish and Wildlife Conservation Commission voted without dissent Wednesday to approve proposed new rules for a "highly regulated limited harvest" of the gentle giants. When final approval comes at its March 2022 meeting, harvest could begin as early as 2023.

The fish live in estuaries as juveniles, then move to reefs, rocky jetties and bridges in deep waters as adults, which can weigh 300-400 pounds. They have been protected in state and federal waters since 1990, when they were deemed to be overfished

Some of the seven-member governor-appointed commissioners expressed concerns Wednesday about issues that 20 stakeholders raised in public comments, so they will consider these changes to the proposed regulations at their March meeting: