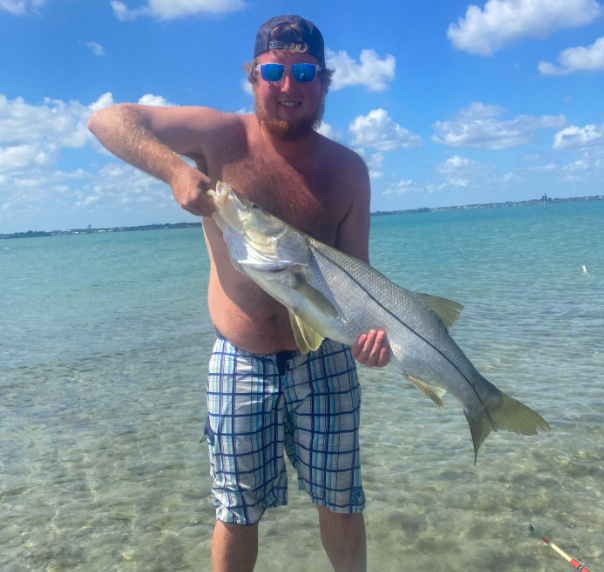 Our charismatic and talented fishing guide, “Snookman” Wayne Landry, reports that fishing around the North Jetty has been “pretty slow” this past week due to the water quality and clarity again.

“The north-northeast winds and the swell from the storm way offshore has the water dirtied up and cooled down by about 4 degrees, enough to shut the fishing down until it cleans back up,” Wayne says. “The finger mullet are still around, but not in the numbers as a couple weeks ago when it was cleaner. Also, the larger mullet have left too, for now. There are some hit-and-miss mangrove snappers around, Spanish mackerel and only a very few snook and redfish being caught. Mostly being caught are catfish, jack crevalle and ladyfish.”

Conditions at the South Jetty are similar: cloudy water and weedy.

If you’re fishing the surf and you can find clear water, some snook and redfish are a possibility if you’re using baitfish, Wayne says, otherwise you’ll find mostly catfish and possibly stingrays.

Not much is happening at T-dock area (south side at campground) except for some jack crevalle being caught on finger mullet; however, Wayne says the bite seems to be better at night for snook throughout the inlet with bucktails, grubs and live bait.