In the St. Lucie River there are still large schools of mullet and small pilchards moving through.

The snook bite has been holding steady at the docks and seawalls along the river. At night the snook bite has been good for anglers working the shadow lines around the area bridges. Throwing live baits has been working along with any artificials that match the size and shape of what's currently moving through. Lures by No Live Bait Needed are proving very effective right now and are available at the Snook Nook.

There are still tarpon being found both at the St. Lucie Inlet and in the North Fork area. 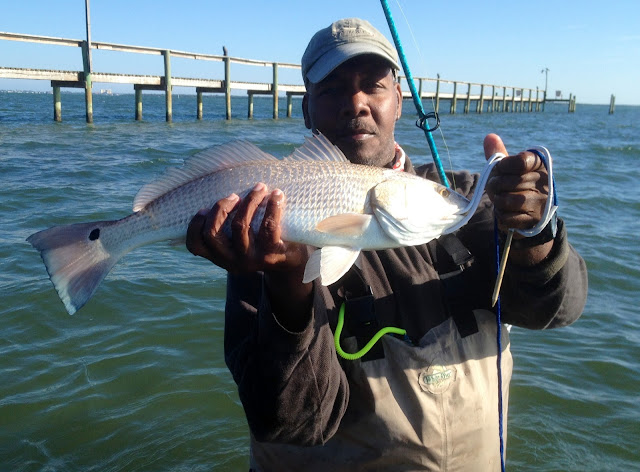 A few redfish have been caught by anglers working area docks using shrimp on a jighead or live mullet.

Along the beaches in St. Lucie and Martin Counties, the pompano bite is still good. Found in the second and third troughs, it's still a game for the long rods with either sand flea-flavored Fishbites or shrimp or crab Fishbites in electric chicken colors.

In addition to pompano, schools of bluefish and Spanish mackerel are beginning to make their way through. They are being caught mostly using spoons in the mornings and evenings.

At the Juno Pier, there have been reports of Spanish mackerel and pompano being caught. Though a lot of the pompano have been short, there are keepers in the mix.

For anglers walking the beaches in the Jupiter area, there have been some big schols of bait moving through. When they happen, the snook and tarpon have been hammering them. Big plugs, soft plastics and even white jigs have been effective.

Also along the area beaches, snook and tarpon have been hitting Yo-Zuri Hydro Pencil plugs in the pre dawn hours from Lantana Beach southward toward the Boynton Inlet.

At the Boynton Inlet, the snook action has been pretty good off of both jetties. Live mullet, pinfish, croaker, or pilchards fished on the bottom have been working. At night, fishing red tail flare hawk jigs during the outgoing tide has been producing big, over-slot fish.

Using cut mullet or shrimp around the pilings has been producing some nice mangrove snapper.

In the Intracoastal Waterway, there have been large schools of pilchards all throughout the area.

Snook, tarpon and snapper action has been very good between the Lake Worth Inlet south to the Boynton Inlet.

Fish are holding around the bridges, along deep channel edges, around canal mouths and oyster bars. Fishing live mullet, pilchards or shrimp has been best, but a large variety of artificial plugs, lures and jigs have also been working.

The bass bite has been so-so the past week. The best action is still in the early morning using swim jigs, spinner baits or skinny dippers. Though working the outside grassline has been good, working just inside is starting to be productive as the fish have moved back into the grass just a bit.

After the morning bite starts to shut down, flippin' creature-style baits or throwing a Senko will keep the action going.

There have been plenty of bluegill and cichlids caught the past week using crickets and worms.

The spec bite has been holding steady with the best action being found around King's Bar, Henry Creek and Third Point. The bite is happening on jigs worked in the grass.