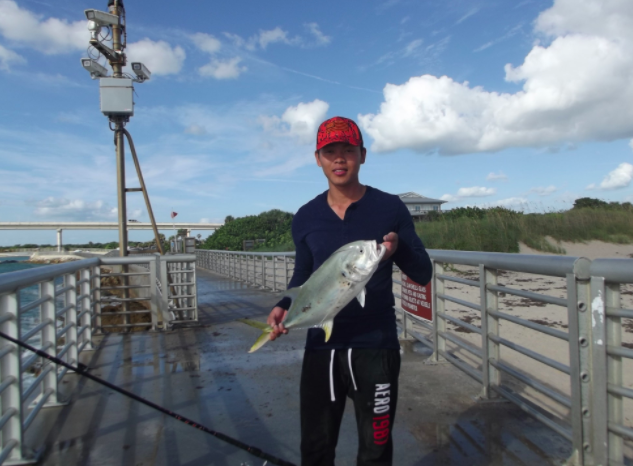 Our spectacular fishing guide, “Snookman” Wayne Landry doesn’t have much to report at the North Jetty because we closed it to the public for a biennial inspection last week. Fear not, the jetty has reopened.

“This past weekend when the jetty did open the fishing was pretty slow,” Wayne reports. “I saw a few large bull redfish caught on live baits on the incoming tide and very few snook. The snook seem to have gone on vacation.”

Wyne says he saw some decent mangrove snapper caught on the north side and “two very nice cubera snappers being caught on chunk bait.” The mullet and mojarra that were all around the inlet last week have disappeared. Large jack crevalles were being caught by the boaters drifting the inlet.

“Surf fishing has been kind of slow due to the three-to-four-foot swell and the bigger winds we had all week and clouding the water,” Wayne says. “With the water cooling down to 80 degrees, expect to maybe see some pompano and whiting. Folks were catching small ones a week and a half ago before the winds and surf picked up.”

Fishing is still slow at the T-dock, with small snappers of various species still being caught on cut baits and jack crevalles also being caught on various live and cut baits, Wayne says, adding, “Snook fishing has been decent back here at night on bucktails and grubs as is the norm for this area.”