Though there is still a good snook bite at the St. Lucie Inlet, more and more fish are moving up into the river. Anglers working the docks and sea walls are doing well using live croakers and pilchards.

Live croakers are currently available at the Snook Nook.

There has been a good tarpon bite around the inlet and the north fork of the St. Lucie River. There is also still good tarpon action at the Jensen Causeway in the early mornings.

Anglers fishing the causeway should take care NOT to leave their trash or dead bait behind as it could lead to the causeway being closed to fishing again. Pack it in and pack it out.

Along the beaches in St. Lucie and Martin County there has been a good whiting and croaker bite during the higher tides.

There has also been a nice bite starting for pompano and permit for anglers working the second and third troughs. The best bait has been Electric Chicken Fishbites.

Anglers targeting pompano up around Hobe Sound haven't been reporting catching pompano so much, but have been getting some nice bonefish.

At Blowing Rocks Preserve, anglers have been reporting schools of mullet beginning move through the area.

At the Jupiter Inlet, there is still a good snook bite. Though there have been some keepers, there have been quite a few overslot fish caught. They are basically hitting whatever bait happens to be cruising through that day. Finger mullet, pilchards and croakers have all been in the area. The key is to 'match the hatch,' and duplicate whatever happens to be around that day. Go for the same size as well as mimicking the species.

Around the Boynton Inlet there have been schools of small sardines as well as small schools of mullet.

In the Intracoastal Waterway in Boynton area, tarpon have been holding near the rock piles during the day and hanging around the bridges at night. Small, live baits, including greenies and threadfin herring have been working well.

At the Lantana Bridge, anglers are catching small mangrove snapper on cut shrimp.

There have been schools of small greenies, threadfin herring and some sardines hanging around the bridge at night and at dawn.

The bass bite is still best in the early mornings from around first light until 8:30 a.m. Swimming worms and spinner baits (weedless) worked back into the reeds are the best bet right now. After the early morning bite begins to back off, switching to flippin' will keep the action going. Best spots have been just below Indian Prairie and back in the Tin House Cove area.

The crappie bite is still happening. One customer at Garrard's Bait & Tackle caught 10 Wednesday morning while jigging in the deeper water in the Kissimmee River. Once again cocaine jigs were the ticket. 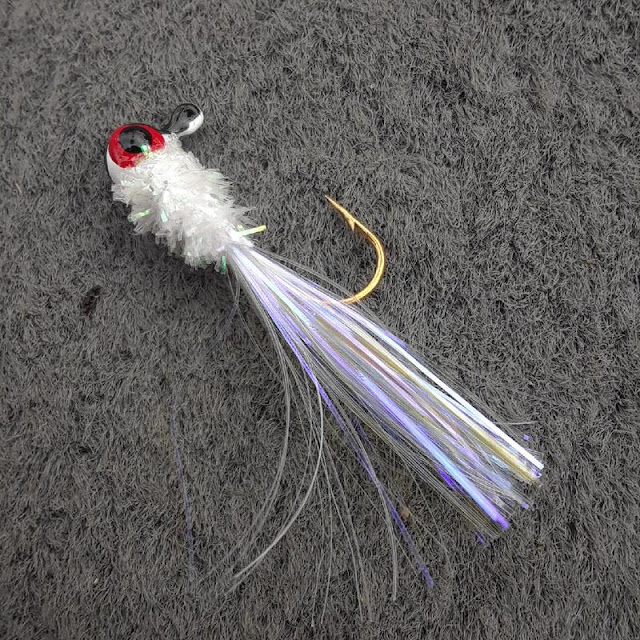