INSHORE-  Warming weather (after the hard front XMas weekend) this week has helped get the inshore fishing going.  Catch and release snook fishing picked up the most, with the shrimp jig bite going off at local bridges.  Lake Worth Lagoon has had a good number of jacks around, including some really big ones.  Topwater poppers have been getting some crushing bites from the jacks.  Sheepshead action also has been very good this week.  Pompano reports up on the Sailfish flats in Stuart remain good.   Light weight (1/4 and 3/8oz) Doc's Goofy Jigs in bright colors are the way to go for the Pompano (And other assorted bycatch like jacks, runners, ladyfish, etc.). 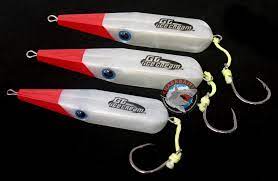 SURF/PIER- This week saw some really really good action along the beach and at the Juno Beach Pier.  For all around numbers and consistent action; bluefish have been a solid bet.  Good numbers of blues around up and down the beach, and at the pier as well.  Loud noisy topwaters and GT Ice Creams have been a great choice for the bluefish early and late in the day.  As the sun gets up in the sky a bit, a sub surface lure (Spoon, diamond jig, Yo-Zuri Monster Shot, etc) or some cut bait is going to be a good choice.  Spanish Mackerel have also been scattered up and down the beach in big numbers.  A smaller diamond jig or Yo-Zuri Monster Shot have been the way to go for the Mackerel on the beach: while white crappie jigs have been working well on the pier for the macs.  Pompano fishing has been good as well this week; with some pomps being caught on the pier but better numbers coming from the beach.  The big news this week from the pier was some big kingfish coming over the rail.  It was a short bite on the passing front, but the kings were fired up on Rapala XRaps and Yo-Zuri Longcast minnows. 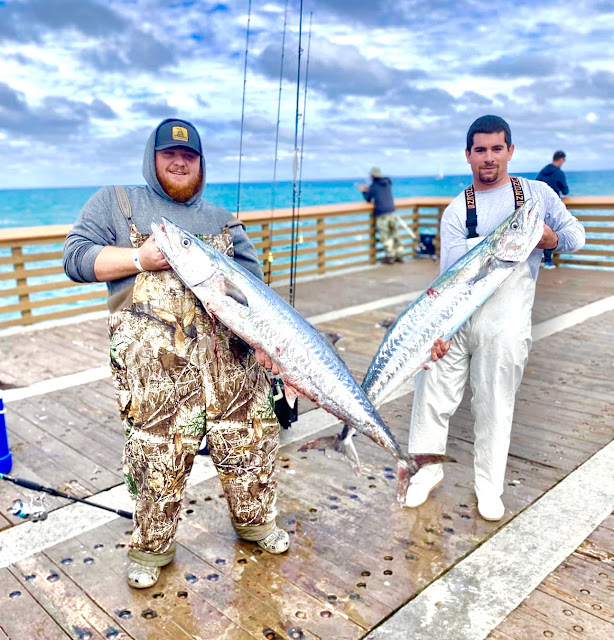