INSHORE:
Snook fishing remains pretty good inshore, and a nice little late push of mullet has kept them fairly fired up on the big baits.  The bridges are producing a fair amount of bites at night, while seawalls are a good area to look during the day.  Lob those big mullet up along the docks and be prepared to cover some water.  If they don't bite right away, go ahead and plug along to the next seawall.  The flats around Munyon Island are beginning to hold some more fish.  Jacks will make up the bulk of the action, with some snook, tarpon, trout, and maybe even a redfish mixed in.  Also been some very large sand perch and a few sheepshead in the ICW. 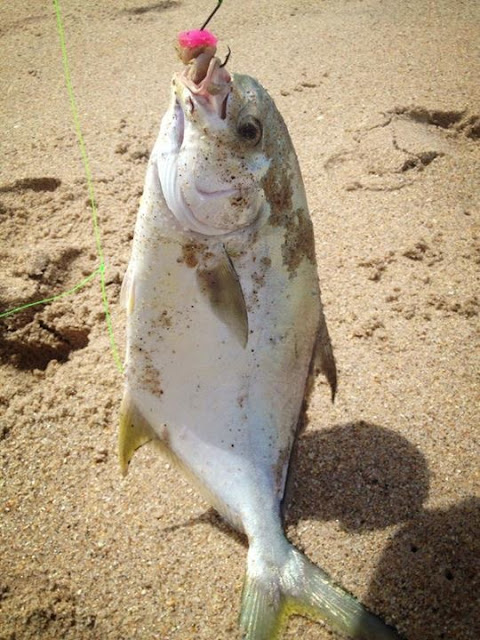 
The water cleared up a little along the beach late this week and the fish responded in a big way.  Pompano fishing has improved drastically, and some good size fish are being caught.  Sandfleas, clams, and fish bites are the bait of choice for the pompano.  Lots of small jacks around the pier and Jupiter inlet.  Gotcha plugs, small diamond jigs, and small spoons are the bait of choice for the jacks.  The same lures will also work for the scattered bluefish and Spanish Mackerel that are around.  If the water doesn't get to dirty this weekend it should be some good surf fishing.
Posted by Tony Rose