INSHORE-  Snook season is winding down...now is the time to get after them!   Snook fishing remains strong around the bridges at night.  Look for the outgoing tide to produce the best for the snook.  If the night time bridge fishing doesn't do it for you, try the grass flats in Home Sound or around Munyon Island for a fair chance at finding some snook.  The snook are not totally off the bigger baits, but the inevitable switch to shrimp is right around the corner.  Throw the jigs and big swimbaits while they are fired up on them.  The grass flats are also producing some spotted sea trout, jacks, and other assorted species.

SURF/PIER-  The pompano fishing has been the big news this week along the beach and at the Juno Beach Pier.  The early part of the week saw some of the best pompano action we've seen in years, and the weekend forecast looks good for another push of fish. 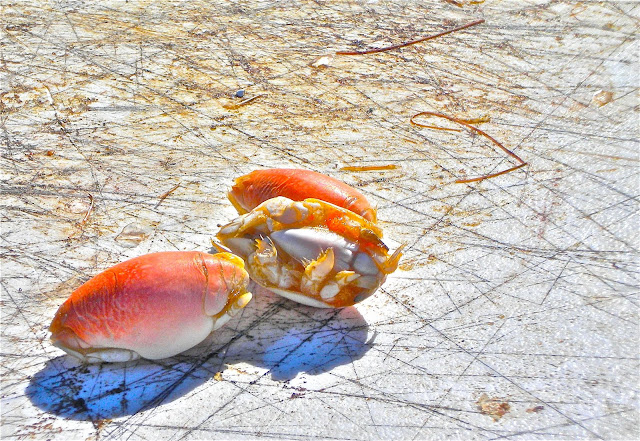 The usual baits (sand fleas, clams, and fishbites) are producing good results.  Early morning has produced the best pompano bite.  The bluefish made a good push in this week, and have been very willing to chew on a silver spoon or cut mullet.  Again, the best bluefish bite has been early in the morning.  Spanish mackerel are starting to fill into Peck's Lake in fair numbers.  They aren't stacked extremely thick yet, but it shouldn't take long for them to fill in very thick.
Posted by Tony Rose