INSHORE-  Catch and release only now; but inshore snook fishing remains very good.  During the day look for the snook to be tight to seawalls and under boat docks.  Areas with good current flow (And current breaks) and ambush points will be ideal starting points.  At night the snook have been around the bridges and under docklights.  The snook have largely switched to a shrimp diet, so keep that in mind when picking lures. 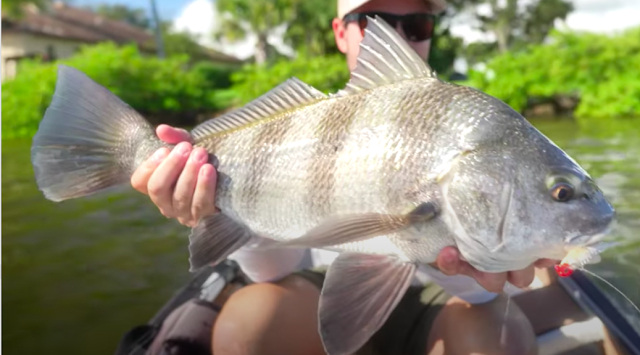 The sheepshead and black drum continue to show up in their usual winter time spots as well in the ICW and Loxahatcheee River.  Live shrimp will be a top bait choice for both.  The Hobe Sound Flats continue to come to life with cooling temps.  Ladyfish, jacks, occasional pompano, small snook, possible sea trout, and a host of other are in that mile marker 40-44 range.
SURF/PIER-  Surf fishing was a little slower overall this week.  Pompano reports fell off drastically again.  Those putting in the time on the beach picked away at a few, but no big numbers this week.  Bluefish remain scattered up and down the beach in fair numbers.  Best bite on the bluefish has been very early morning and late afternoon.  The blues are also biting well at night on cut bait.  Spanish Mackerel (that had been at the Pier and scattered along the beach, but not so much anymore) are at Peck's Lake in big numbers.  A little chum and some spoons is all you need for fast action on the Spanish Mackerel.  Sharks have remained around in good numbers.
Posted by Tony Rose