Working the channel markers and crab trap buoys in the St. Lucie and Indian Rivers has been producing a good bite for tripletail. 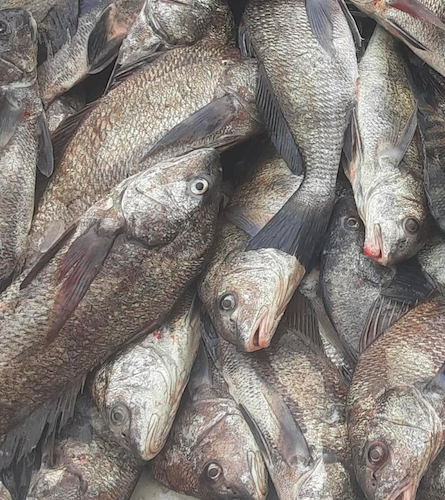 At the 10-cent bridge, anglers are reporting getting sheepshead, black drum and croaker using live shrimp on a jig head.
There is a decent snook bite in the St. Lucie River and around the power plant. They seem to be preferring shrimp presentations, especially on cool mornings, but have been hitting small pilchards as well. D.O.A. shrimp or paddle tails have been used with success.

Spanish mackerel are being caught at the Stuart and Jensen Causeways and at the St. Lucie Inlet.

Along the Martin and St. Lucie County beaches, the pompano bite has been hit or miss. When they are hitting, it's Sandflea and Yellowcrab Fishbites.

Along the beaches in Jupiter, the Spanish mackerel bite is in full swing. Surf anglers and anglers working the near shore from boats are getting them on spoons and small jigs.

The pompano bite has been good with schools moving through in spurts. Working the beaches, the Jupiter Inlet and from the Juno Pier, anglers are finding Doc's Goofy Jigs to be the most effective bait.

At the Boynton Inlet, anglers have been catching small mangrove snapper on cut mullet and snook on the incoming tides using small pilchards.

In the Intracoastal Waterway, concentrated between the Boynton Inlet and the Lantana Bridge and the Lake Worth and Southern Bridges, there have been Spanish mackerel and bluefish. They are being caught trolling spoons and on yellow jigs.

The spec fishing has been fantastic with the early mornings and late afternoons being the time to hit it. Right in front of the pier and the Indian Prairie Canal have been the hot spots. They are being caught on jigs with white lightning, fire and ice and lilly working best. Lots of anglers are getting their limits.

The bass fishing has been OK. It has definitely been easier to feed them than fool them as live shiners are working more than anything artificial. If going with an artificial, however, Senkos in dark colors have been providing some success. King's Bar, Tin House Cove and Monkey Box have all been good areas.