INSHORE-  Catch and release snook fishing has been a bit of a grind this week, but those putting in the time have been catching a fair number of them.  The Loxhatchee River has had a few fish, as has the ICW north towards Jupiter Island.  Live mullet fished around seawalls during the day is a good bet for the snook.  At night look for them to be keyed in on shrimp around docelights, bridge fenders, and shadow-lines.  A handful of pompano caught inshore this week.  It's not big numbers, but keep an eye out for them skipping up behind the boat.  When you see them they have been pretty willing to bite a Doc's Goofy Jig.  Sheepshead reports inshore have gotten much better this week.  Shrimp and sand fleas remain great bait choices for the Sheepshead. 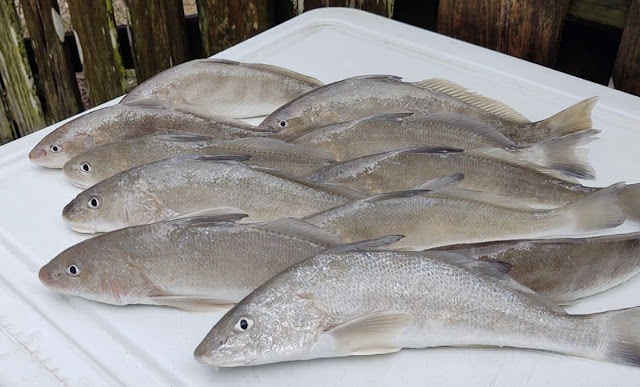 SURF/PIER-  Despite some awesome weather over the past week; the fishing has left a bit to be desired.  Overall action has been slow for the most part; with just enough action to make you have to keep trying!  Pompano bite has been almost non-existent this week.  Reports from Juno to Hobe Sound have all been pretty quiet on the pompano.  One here and one there on the pompano is probably one more than we've heard about most of the week.  Thankfully a fair number of croaker and whiting have been around to fill in some of the slack.  Small pieces of shrimp, clams, and Fishbites should do the trick for them.  Bluefish reports remain pretty slim.  Best action on the blues seems to be coming from Hobe Sound north, and will be best during very lowlight periods of the day.  Spanish Mackerel have been very hit or miss at the Juno Beach Pier, but a few have been caught this week.  Crappie Jigs (which we finally do have back in-stock!) have been the ticket for the Macs.  Spanish Mackerel action at Peck's Lake was slow to start the week; but seems to have gotten better and better as the week has gone on.  Blacktop shark action improved a bit this week on the beach.  Still a little early for the big numbers of them...but not long till they are here in full force!
Posted by Tony Rose