Our trusty fishing guide, “Snookman” Wayne Landry says the talk at the North Jetty has turned from black drum and sheepshead (although they’re still being caught) to snook.

“The bite has been going on for just about a week now, with many snook being caught on larger live shrimp if you can get them,” Wayne reports. “The snookies are being caught on both tides, incoming on the ocean side and outgoing on the southeast tip of the jetty. If you are going to fish for them, bring a big bag of patience as it will be crowded. The snook season closes December 14 and will be closed until February 1.”

Wayne says to fish the outgoing tide with about a half ounce or so of weight to get the bait down, and on the ocean side use about a quarter ounce or less split shot to get the shrimp to drift properly. Most of the fish being caught are between 28 to 30 inches, with many being too small or beyond slot. 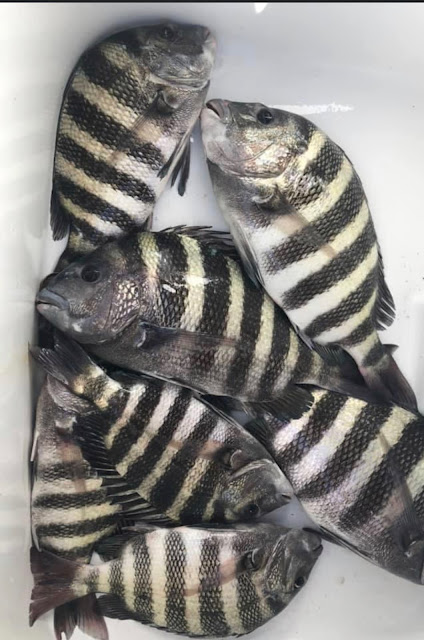 Wayne adds: “The black drum, sheepshead and a few pompano are being caught as well on dead shrimp and sand fleas, if you can get some. The bluefish and Spanish mackerel have vacated the area, but there are still stragglers around. You can get them with small jigs, gotchas and spoons. The flounder bite has still been slow with many fish being under sized with just a few keepers being caught.”

The snook bit is also decent at the South Jetty, but most are  small plus you can't keep them.

“Most are being caught on large live shrimp on the jetty and along the rock wall on the incoming high tide,” Wayne says. “The bigger fish are being caught at night on bucktail jigs with many oversized. The tip of the jetty is still producing sheepshead, small snapper, black margates and sand perch.”

The beach area just south of the inlet has been producing fair numbers of nice pompano for those using cut shrimp and sand fleas. Most of the fish are between 12 to 14 inches. The flounder bite over here is still slow. Most caught are too small to keep (14 inches is the minimum).

“There have been some three to six-pound flounder I have heard being caught, so they are there,” Wayne says. “You just have to put in the time in the right spot. Live shrimp, finger mullet and mud minnows are the best baits.”

Fishing at the T-dock has been slow, with only a few bluefish and jack crevalle being caught on spoons and cut bait, Wayne says.

“There have been some flounder caught back here as well, but not in any numbers yet to speak of,” he says. “Small groupers and sheepshead can be caught on dead baits along the rocks and pilings for something to do.”

Wayne says the surf is clean and mostly calm, with angler catching pompano, whiting and occasional bluefish. Use shrimp for the pomps and whiting; spoons and cut bait for the blues.